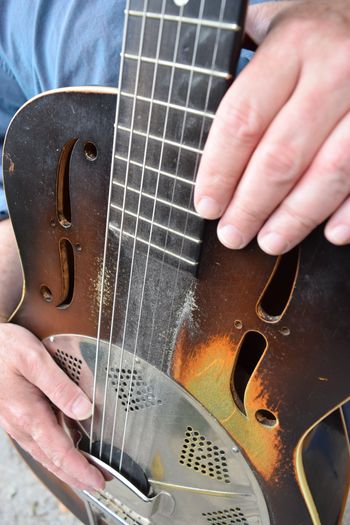 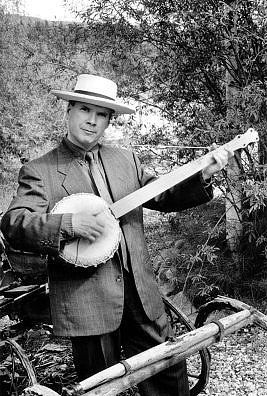 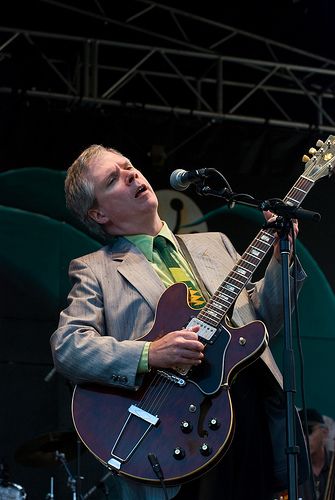 Solo, outdoors if weather is good. $10 suggested donation. This is on Wolfe Island; you need to take a ferry! Unless you live there.

“Arguably the finest acoustic blues artist in this country”
-Globe and Mail (Toronto),

“His originals reek of musty back porch Appalachian family jams. His proficiency on strings is exemplary.”

“Michael Jerome Browne... magnifies the magnificence of 1920s and 1930s country blues numbers... A singer of clarity and character, he is as skilled on banjo and mandolin as he is on valuable old guitars.”
-Frank-John Hadley, Downbeat

“... one of Canada’s most significant musical exports; a finger-picking stylist with a hugely talented and nuanced delivery.”

"Michael Jerome Browne is probably one of the finest musicians who is well versed in so many interrelated genres when it comes to roots, Americana, blues, Cajun, you name it, Michael has got it under his belt in a big way and instruments in his backpack. I first heard him on a Calgary Folk Music Festival stage and he played a gourd banjo with such authority and such knowledge of how far it goes back. It really sounded African to me... we ended up recording quite a few things and touring together as well. Any chance I get to hear Michael and then play with him is a chance I'll leap at."

“Michael Jerome Browne is one of the best country blues guitarists ever to record.”
-ED Denson, record producer, co-founder of Takoma Records and Kicking Mule Records, Manager (Country Joe & the Fish, others)

"Nowadays, [Michael Jerome Browne] can be considered as one of the finest players in the acoustic blues. Anyone who questions that should listen to his 2015 Borealis release Sliding Delta, which showcases his stunning traditional blues mastery."
-Frank Matheis, thecountryblues.com

-Male Vocalist of the year

-Guitarist of the year

-Songwriter of the year

-Producer of the year

-Recording of the year

-Entertainer of the Year

That’s Where It’s At! has been nominated for a JUNO AWARD! Category: Blues Album of the Year. I’m very pleased, it’s my 5th nomination. Maybe I’ll win this time!

Update: the awards in Saskatoon were canceled/postponed. We still don't know who won!

Also, on Monday, Feb. 3, I performed at Koerner Hall in Toronto as part of the Toronto Blues Society’s Maple Blues Awards, at which ceremony I received the Blues With A Feeling Award (Lifetime Achievement Award). Such an honour!

Looking forward to an Ontario tour in April!

I'm very pleased to announce I'm working with Peter Holmstedt and the publicity firm Hemifrån. They will be doing publicity in continental Europe for the album That's Where It's At! Let's hope for a European tour in 2020!

A new Michael Jerome Browne album (That’s Where It’s At!) came out in February 2019 on the Borealis label. It is a soul/blues collection, a lot of it stripped down, just me and my guitar. My old friend and collaborator John McColgan plays drums on some tracks, and there are a few wonderful vocal guests: Harrison Kennedy, Roxanne Potvin, Eric Bibb.

OLDER NEWS: Eric Bibb's album, Migration Blues, was nominated for a Grammy Award, in the Traditional Blues category. I helped produce this album with Eric and J.J. Milteau, played a bunch of instruments on it, and even contributed a couple of songs that B.A. Markus and I wrote. The album was recorded at Larry O'Malley's Audio Bec studios in Sherbrooke, Québec. Congratulations to everyone involved! Very exciting! I'm trying to figure out how I can go to the ceremony, which is in New York on January 28th. We're up against the Rolling Stones...

"CAN'T KEEP A GOOD MAN DOWN" (Borealis Records) has been available since November, 2016, and launched in Montreal on the 25th. It is a compilation of traditional blues, in the spirit of "SLIDING DELTA," taken from various albums going back to 1998. There are five original songs in the style, including one brand new recording from 2016, the topical "FOUR YEARS, NO RAIN." Blues classics from the past include songs by Tampa Red, Jesse Fuller, Frankie Lee Sims, Mississippi John Hurst, Reverend Gary Davis, and Frank Stokes. Although mostly solo, there are a few guests: John McColgan, Jordan Officer, Michael Ball, Jody Benjamin, Steve Marriner, Stephen Barry, and the late Vann "Piano Man" Walls.

"SLIDING DELTA" has been out, courtesy of Borealis Records, since January, 2015. A collection of the 1920s-1930s rural blues that inspired me to start playing in my youth- Mississippi John Hurt, Fred McDowell, Skip James, Memphis Minnie, Charley Patton, Blind Willie McTell, Blind Lemon Jefferson, Barbecue Bob... You can stream a few of these songs right now on the Music page.

Blues, Old Time, Cajun, Country, Soul and Swing.  Roots music is the music I play on guitars, banjos, fiddle, mandolin and harmonica. It is also the music I sing. A wide repertoire of all variety of songs. Songs that are traditional, original and interpreted.

For over thirty years now, I have studied, composed, and recorded many kinds of roots music, and performed on many continents.

If you, like me, are nourished and inspired by this kind of music, I invite you to explore my site. With any luck, I'll be playing somewhere near your town sometime soon. If not, I have many recordings to choose from, and you can listen to some of them here. (You can click below, and for more, check out the Music page).

Scroll down to the bottom of the page and click to listen to this brand new podcast, done in collaboration with B.A. Markus. This first episode is part 1 of the story of legendary Rhythm & Blues piano player, Harry Vann "Piano Man" Walls.

Many thanks to the Digital Originals program of the Canada Council for the Arts.